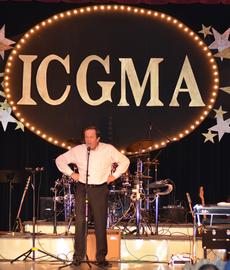 by Bruce Walker @2016
One of the fondest memories of my childhood in St. Clair County, Al was the gathering of women who came to our house for the weekly quilting bee. Hanging from the ceiling in our living room was a large wood frame with small nails protruding from it in three inch intervals. On the third Tuesday of each month, mother moved furniture against the walls to make room for the quilting bee.  I did not realize it, being six years old in 1959; I was witnessing a cultural embodiment of a feminine canon of faith.

Each week the women would gather at a different home and, each week, a different story was stitched. At one home a quilt was being pieced from a husband’s shirt, the lead quilter, Emmy, called this her Renewal quilt.  “My husband wore this shirt when he was baptized at 55 years of age.  The crops, that year, were failing from lack of rain, the mortgage was due, with no means to pay it, and the bank would not extend it.  One evening my husband came in from the fields with dust caked on his face.”  She continued, “Albert had not darkened the door of our church in over 20 years, even for funerals, he would sit in the pick-up, waiting for me.  That day was different, he knelt beside our kitchen table and actually bowed his head and prayed, “Oh Lord you know that you and I have not had a good relationship since my little Mary died.  I don’t understand why you took her; after all you could have prevented that whooping cough outbreak but I want to make peace with You, I give up, please send some rain, Emmy shows up at church every Sunday and I promise I will too”, and  with a long pause he said,  “Amen”. With tears in her eyes Emmy said, “Sure enough, the rains set in, the crops recovered and with the oversupply of the harvest, we paid off the loan and, true to his prayer, Albert made peace with God. He joined the church, and became a fervent believer, God rest his soul.   This quilt is the more than bits and pieces of that shirt; it is my renewal of faith too, truth be told, I was mad at God myself. ”   I looked up from playing with my spinning wood top, as she took the handkerchief Grandma offered her.  Hugs, affectionate pats and words of understanding from her sister quilters gave a sacred presence to the gathering.

The next week the quilting bee moved over to “Aunt Verna’s” house.  Verna and her husband, Roy was an aging couple that had never raised children. She was stitching a quilt from her baby’s dedication gown, worn when he was 4 weeks old, the baby died shortly thereafter. This quilt was not made in sorrow but in hope- Verna firmly believed she would hold her baby again in the next chapter of her life; they had wanted more children but to no avail.  Instead of lamenting their situation, Verna and Roy adopted all of us kids on Walker’s Bend as their own. Every child knew you could stop at “Aunt” Verna’s house after school for some home-made goodie.   At Christmas they would buy every child they could think of a gift. One Christmas they gave me a transistor radio, shaped as a chest type water cooler Coke machine.  It was magic; all you had to do was clip the two wires coming from it to anything metal and you could tune in radio stations.

Around the quilting frame, my great-grandmother revealed she had terminal cancer and my mother announced I would be coming into this world.  Surrounded by other women, they discussed marriage problems, personal fears and life’s disappointments.  The older ones offered sage advice from roads already travelled and the younger ones gained emotional strength knowing they were not alone.  At the quilting bee, there was more to quilting than the stitches.